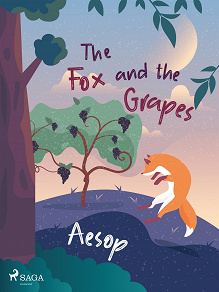 The Fox and the Grapes

by - Aesop
Sometimes no matter how hard we try, we cannot reach our goal. And, of course, it is much easier to claim our goal undesirable than to admit defeat. There is hardly a child who does not know the fox who called the grapes sour but Aesop's fables offer so much more...

Aesop (620–564 BCE) was a storyteller that was believed to have lived in Ancient Greece. He is celebrated for a number of fables now collectively known as Aesop's Fables. In the few scattered sources about his life, Aesop was described as a slave who by his cleverness acquires freedom and becomes an adviser to kings and city-states.

Although Aesop's existence remains unclear, numerous tales credited to him were gathered across the centuries and in many languages in a storytelling tradition that continues to this day.